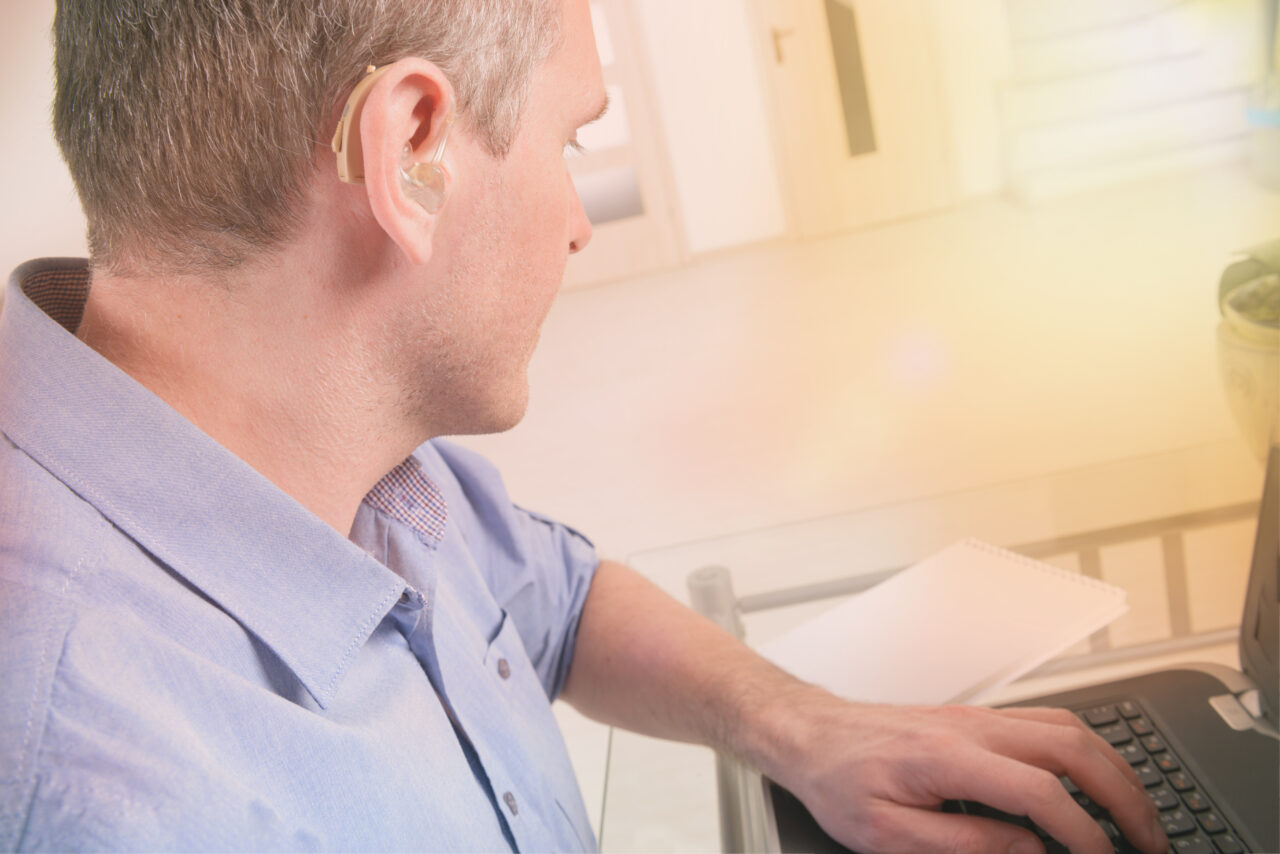 Joseph is a smart man who needed a break. That’s how Allison Harding, senior director of Career & Financial Services at Jewish Family Service of Greater Dallas (JFS), would describe the man with a Master’s Degree in mathematics who also happens to be partially blind and hearing impaired. When his landlady first took him to the JFS Food Pantry, he had no idea that he could receive wraparound care that would enable him to become self-sufficient within just a year and a half.

After meeting with a Food Pantry Case Manager, Joseph was referred internally to our Career and Financial Services (CFS) when it was clear that working two part-time jobs for minimum wage was not enough to make ends meet. He needed more money, a better job with benefits, and the knowledge to navigate a successful job search. Joseph was pleasantly surprised with the commitment he received from Harding after having low-impact experiences with coaches in the past, who were oftentimes unable to accommodate his disabilities.

“[My experience with JFS Career & Financial Services] was definitely more productive than any other places I’d been to. Dealing one-on-one wasn’t what I expected, but it was very valuable. [Allison] always got back to me, and [we] had good personal conversations,” Joseph said.

Harding asserts that if a client is open to change and improvement, she knows CFS can help. “I didn’t know if I had the skills to work with a person with disabilities, but after the first day, something clicked. I knew he was going to put the work in,” Harding said.

They got to work creating Joseph a new resume, getting a Texas ID, and opening a checking and savings account. Harding helped him get a full-time job at Whataburger, where he started making $12 an hour – a $4 per hour increase from his previous jobs – along with benefits. In six months, he was given a raise due to his great work ethic. After almost 10 months, a man who had never had more than $50 to his name had over $3,500 in savings.

In addition to supporting Joseph in improving his finances and employment opportunities, Harding utilized other resources and partnerships to supply him with much-needed items. Examples include new hearing aids (his had been stolen five years ago), a glasses prescription through the Department of Assistive and Rehabilitative Services (DARS), new non-slip shoes for his workday, and a refurbished laptop – complete with Microsoft Office Suite. The shoes and laptop were purchased using the CFS Empowerment Fund, which was created by generous donors to cover work-related expenses for job seekers or employees with income restraints. Joseph said in a sweet thank you note, “Since [receiving the laptop], I have made use of it daily and have found it very capable of fulfilling my needs in both personal and business-related matters.”

Harding says this experience is indicative of how CFS, and the agency as a whole, operates. By referring a client to colleagues under the same roof and offering one-on-one personal support, JFS provides a comprehensive, holistic approach to care that helps individuals get on a path to self-sufficiency and well-being.

What’s next for Joseph? He hopes to get a credit card and start earning a positive credit score. He would also like to see himself in an office setting after the pandemic is over, presumably to utilize his Master’s Degree in math. He and Harding regularly keep in touch to celebrate his success and help reach new goals he sets for himself.

“They really want to help you, they work with you, and it pays off. I would refer anyone who needs work to Career & Financial Services at JFS,” Joseph said.