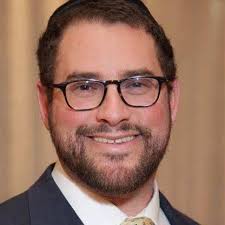 One can scarcely appreciate the pain and suffering of a couple bound in the grips of infertility without properly appreciating that for which they so long – the one-of-a-kind joy of parenthood.  So too is it impossible to reckon with the unique pain of Jewish infertility without reckoning with the existential meaning of Jewish parenthood that lies just outside their desired reach.  For infertility is not merely a biological disorder inhibiting conception and procreation, it is a psychological malady of a life lived in the painful shadow of all that could and should be.  It is a life lived in the void.

Abraham and Sarah knew well of the pain of infertility.  Sarah was ninety years old and Abraham one hundred when they were finally blessed as a couple with their one-and-only child, Isaac.  One can hear the pain of years spent wishing and waiting for a child in Abraham’s retort to G-d’s promise of a great reward to come: “My Lord Hashem Elokim: What can you give me seeing that I go childless…? (Breishit 15:2).”  For Abraham and Sarah, the biblical paradigms of selflessness and loving-kindness to neighbors and strangers alike, it was a particularly painful twist of fate that they should be denied a child upon whom they could lavish their endless love within the confines of the walls of their own home.  Abraham and Sarah’s greatest wish was to bear a child out of love for him and him alone, an emulation of their Creator, who created the world out of love for its inhabitants yet to come.  And yet, this dream remained achingly unrealized for so many years.

Abraham and Sarah were of course overcome with joy at the birth of Isaac, and after the passing of the test of the Akeida (the binding of Isaac), the greatest threat to Isaac’s young life, the Torah reflects on Abraham’s overwhelming gratitude for his lot in life: “Now Abraham was old, well on in years, and Hashem had blessed Abraham with everything (Breishit 24:1 – see Rashi as well).”  A childless Abraham has nothing, whereas a fruitful Abraha

m is described as having it all.  This, then, is the first great gift that children bring us – the gift of a nearby address to direct all our most selfless and unconditional love – the kind of love that fills one up and makes one whole.*

But this was not the lone source of Abraham and Sarah’s joy.  For these pillars of humanity, a child was to serve as a link to the future, a portal through which their values and their faith would be transmitted to countless generations yet unborn.  For although Abraham and Sarah had many students of their own, they intuitively understood that it would take a child reared from birth in their moral home, one with innocence, unsullied by the powerful influences of the surrounding cultures, to properly transmit their moral legacy, and build a nation worthy of its spiritual inheritance.  It is this principled pedagogical dedication that in fact makes Abraham worthy of G-d’s consideration in the first place: “For I have loved him because he commands his children and his household after him that they keep the way of Hashem, doing charity and justice… (Breishit 18:19).”  This, then, is the second gift that children bequeath to us – the gift of legacy.  And although legacy in the general sense is something all humans desire, the transmission of a moral legacy has always been of particular importance to Jews, as heirs of the Abrahamic covenant and moral tradition.

Bearing this in mind, we can better understand the very mitzvah at the heart of our conversation, the mitzvah to procreate.  It’s importance is highlighted by the fact that it is the very first mitzvah mentioned in the Torah, and by the fact that it was given to the very first man and woman to occupy the Earth, Adam and Chavah: “G-d blessed them and G-d said to them, “Be fruitful and multiply… (Breishit 1:28).”  Unlike the animals who were simply blessed by G-d to procreate (ibid,1:22), mankind was both blessed and commanded to bear children.

It always seemed to me a strange thing to be commanded in something so thoroughly embedded in our nature that we would have, on the whole, done anyways.  Do we really need a command when our internal hardwiring for gene dissemination and our biological clocks compel us to similar ends?  Or, to phrase it another way, once blessed wherein lies the need for the mandate?

On the basis of this question, it seems likely that the Torah has in mind something more than mere biological reproduction.  The Torah seems to be sharing a profound insight into the loftier moral dimensions available to mankind above the beast.  Namely, that although both humans and animals are biologically motivated to procreate, it is only human beings who are capable of channeling their biological desires toward moral ends.

The command to “be fruitful and multiply” directs mankind to consider the moral possibilities and implications that children afford us, and to put those at the very forefront of our inspiration.  Or, as Rabbi Samson Rafael Hirsch (1808 -1888) so eloquently put it, “The natural act of the animal is transformed, in the case of man, into an act of moral freedom.”  And, just as Adam was not a Jew, it is evident that both Jews and non-Jews are thus enjoined to procreate toward not only biological ends, but spiritual ones as well.  This is the kind of legacy the Torah envisions our children can and should carry, and it is toward those ends that the Torah directs us to bring souls down to earth.  (Parenthetically, It is worth noting that one cannot leave a moral legacy without refining one’s own character and without better defining one’s own value system.  To envision children as our spiritual heirs, then, is ultimately to place the greatest onus upon ourselves.)

There is finally, a third, oft-forgotten, positive phenomenon which the Torah highlights as coming in the wake of bearing children: Children bring couples closer together to share in a common mission of childrearing.  One might think of this as more of a bi-product than anything else, but its impact is just as much felt, as it serves to cement the family unit as a whole.

In the biblical narrative, we recall our foremother Leah feeling scorned by her husband Jacob.  Jacob had never intended to marry Leah, and his overwhelming fondness for Rachel, his originally intended, never abated.  One could conceive of many ways in which Leah might attempt to gain Jacob’s favor – cooking him delicious meals, making herself look beautiful, or simple attendance to the nuances in their relationship.  But Leah considers only one option – the nuclear option – to bear children with Jacob and thus become endeared to him.

One hears the progression from the extreme end of her pain (At first she is “humiliated”) to the moderate level of pain (she is then “unloved”) and finally to a resolution of the marital problems (“this time my husband will become attached to me”).  The children they have together clearly bring them closer and closer to one another, and it is as if the love and affection that Jacob feels for the tender boys spills over into a love and affection for their mother.

But we can never forget about Leah’s counterpart, Rachel, of whom the verse describes as having “remained barren (Ibid, v.31).”  It is she who begs Leah for a cure for her infertility woes: “… “Please give me some of your son’s mandrakes” (Breishit 32:14).””  It was these mandrakes, or dudaim in Hebrew, which contained supposed medicinal qualities to enhance fertility, which Rachel was after so desperately.  And it is to these modern day Rachel’s in our midst, each Jewish couple searching for their own particular dudaim, to heal them of their infertility troubles, which the Priya Fund (an arm of Jewish Family Service) was established.

I feel honored to be on the board of such a special organization that makes it their business to recognize the unique emotional and financial burdens associated with infertility and gifts monetary grants to worthy recipients seeking medical options to help them bring a Jewish baby into the world.  It is with great pride that to date, the Priya Fund has helped 25 couples in the Dallas Area, with 14 babies born under its watch!

There is no greater miracle than helping a child come into this world, and there is scarcely any greater gift to a couple than turning them into a family.  Let’s come together as a community to support this wonderful organization in our midst that brings love into the home, helps create Jewish legacy, and ultimately brings healing and closeness to the couple themselves!  You can donate to this year’s campaign at  www.priya.givesmart.com, and help “fill the baby bottle.” For more information on the Priya Fund I encourage you to contact Caryn Peiser, Priya Fund Coordinator, at cpeiser@jfsdallas.org. 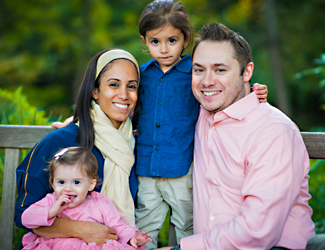 * It is for this reason that when G-d chooses to use a relational metaphor to describe his intense and unconditional love for the Jewish people it is the love of a parent for a child that is described: “You shall say to Pharaoh, “So said Hashem, My firstborn son is Israel (Shemot 4:22).”